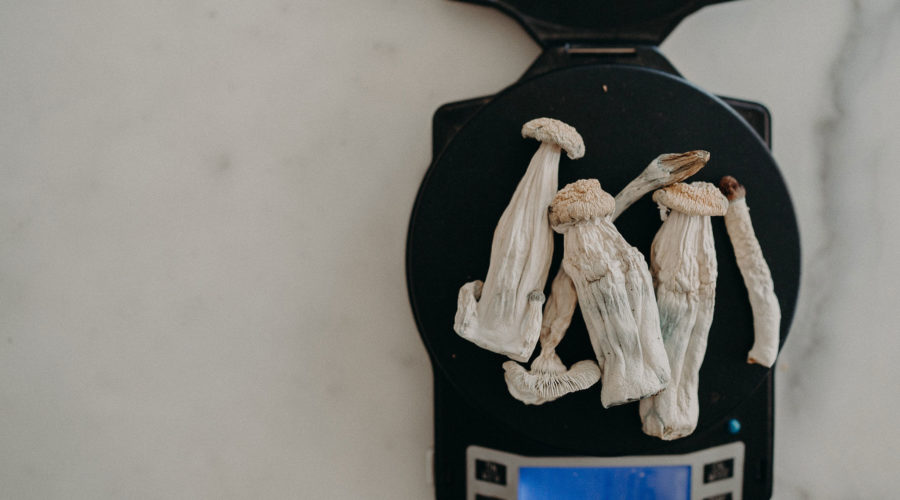 Do Shrooms Show Up On A Drug Test?

If you have interest in taking psilocybin mushrooms (also known as magic mushrooms or simply “shrooms”), you might be wondering if they will show up on a drug test.

While the most commonly used drug tests don’t screen for psilocybin, there are tests that can detect it. To better understand these types of drug screen panels, we explain the following in this article:

Dr. Amir Chalaby of Katharsis Journeys in the Netherlands gives a great overview of magic mushrooms and typical druig tests. She say, “Magic mushrooms and its alkaloids are not part of standard routine drug tests. Which substances are included in the standard drug tests varies from country to country and also on which setting they are performed and for what reason. Commonly the panel of drugs tested for consist of Amphetamine, Barbiturates, Benzodiazepines, Cocaine, Methadone, Methamphetamine, Opiates, Oxycodone, Phencyclidine, Propoxyphene, Cannabinoids (THC), and Tricyclic Antidepressants or their metabolites. The standard testing method is by analyzing a urine sample.”

Dr. Chalaby continues, “There are specialized tests which can detect magic mushrooms together with other psychedelics such as LSD and Mescaline, however these tests are costly and not routinely performed. The detection time of magic mushroom usage varies depending on the mode of testing. The active metabolites psilocybin and psilocin are usually undetectable in urine samples after 24 hours since administration. It is unclear how long the detection time is for blood samples, but it will be shorter than for urine. Another source for testing is hair samples, which can detect magic mushroom use for up to 90 days. However a larger amount of hair sample is required for this purpose and the test is very rarely carried out.”

What Do Mushrooms Show Up As On A Drug Test?

When ingesting psilocybin from magic mushrooms, most of it is broken down by the body into a metabolite called psilocin. This acts primarily on serotonin receptors in the brain to produce its effects. Drug tests can screen for both psilocybin and psilocin.

Drug tests screen for a variety of different substances, with samples coming from urine, blood, saliva, hair, or even sweat.

These tests can look for a specific substance or for a group of substances (often referred to as “panels”). The most commonly used panels screen for 5, 10 or 12 different substances.

For example, the 5-panel test is perhaps the most common panel, and it screens for:

A 10-panel test, which is less common to use, would look for the above mentioned substances, in addition to:

Following that, a 12-panel drug test looks for the above ten substances plus:

While standard panels can be expanded to include psilocybin and psilocin, most employers and government agencies do not include them. “For most companies, testing for psilocybin or psilocin is not practical or affordable,” said Dr. Lewis Jassey, Doctor of Osteopathic Medicine and medical director at Leafwell.

Does Psilocybin Show Up On Urine, Blood Or Saliva Tests?

Urine testing is perhaps the most common way of screening for drugs in the United States. Most of the standard panels above use urine tests, and won’t typically include psilocybin or psilocin. With that said, detection of some compounds may potentially be present for up to 24 hours after ingestion.

“Your gastrointestinal tract absorbs psilocybin about 10-30 minutes after ingestion, assuming you administer it orally via mushrooms,” explained Dr. Jassey. “The liver then converts psilocybin to psilocin quite rapidly, and almost all psilocybin is converted [to psilocin].”

After about three hours, most of these compounds have been excreted.

“Psilocin is typically completely cleared from your body within five hours, and psilocybin after 15 hours” said Dr. Jassey. This means that blood or saliva tests won’t typically detect psilocybin unless the test is done within a few hours of consumption and psilocybin is part of the panel used for the test.

The takeaway? “Psilocybin mushrooms are not physically addictive and tend to be used only once in a while, not repeatedly,” said Dr. Jassey. “This makes psilocybin or psilocin very difficult to test for on most drug tests.”

Does Psilocybin Show Up On A Hair Drug Test?

Collecting a hair sample is another way to perform a drug test. And, unlike blood and urine tests, these drug tests may detect substances like psilocybin in your hair follicles for up to 90 days.

“A hair test could detect the presence of psilocybin for up to 90 days after use, but such tests are infrequently employed and are not totally reliable,” added Dr. Jassey. “This makes hair follicle testing expensive and time-consuming.”

RELATED: How Long Do Shrooms Stay In Your System?

Does Psilocybin Show Up On A Military Drug Test?

For those serving in the U.S. military, members receive a random drug test at least once per year.

According to the Department of Defense’s Technical Procedures for the Military Personnel Drug Abuse Testing Program, active military service members do not typically receive tests for psilocybin. However, there is current testing for:

While psilocybin is not part of standard military drug testing, if there’s a belief that a service member is using magic mushrooms, ordering a special test may occur.

What Factors Impact The Detection Of Magic Mushrooms?

For the average person, psilocybin and psilocin may be mostly undetectable in urine, saliva and blood tests after about 24 hours. However, this number varies. There are several variables that impact how psilocybin and all drug compounds stay in your system.

While these compounds are excreted from the body fairly quickly, if a psilocybin- and psilocin-specific drug test is given within 24 hours magic mushrooms may be detected. The more time that passes between consumption and testing, the lower the chances mushrooms will show up on a drug test. The more frequently you consume shrooms, the higher the chance that they would show up on a drug test screening for them.

The Type Of Magic Mushroom

On a similar note, the dose taken will impact how long psilocybin remains detectable. If consuming the most common species of magic mushroom, Psilocybe cubensis, an eighth of an ounce (3.5 grams) of mushrooms would contain about 35 mg of psilocybin. This is typically a moderate dose.

This is a dose that falls within ranges that have been studied and referenced here. But higher doses may take longer to be completely excreted from the body.

RELATED: What Should Your Shrooms Dosage Be?

Your metabolism, including your liver and kidney function, changes with age. As you get older, the slower your metabolism gets and this can delay the excretion of psilocybin from the body.

Not only that, but each person’s body is different. Some people may have naturally faster or slower metabolic rates, and will excrete substances at slightly different rates. Your body mass index (BMI), your body’s water content and your metabolism will all impact how quickly shrooms pass through your system.

The food you’ve eaten will also impact how quickly your body metabolizes and excretes compounds like psilocybin. The more food you’ve eaten, the longer shrooms will stay in your system — since digestion will be slower.

If mixing psilocybin with other substances, it can impact how the body metabolizes psilocybin. Alcohol, for example, frequently impacts the metabolizing of different medicines. And while there are suggestions that taking alcohol and psilocybin together may decrease the subjective effects of both substances, there isn’t any research to say definitively how the two interact.

Always exercise caution when consuming psilocybin with other substances, and consider that it could impact how long psilocybin stays in your system.

Psilocybin And Drug Testing: The Takeaway

The body tends to eliminate these compounds fairly quickly — in most cases after about 24 hours. However, if there’s concern about taking a drug test that might screen for shrooms, the fail safe approach is to avoid taking them.