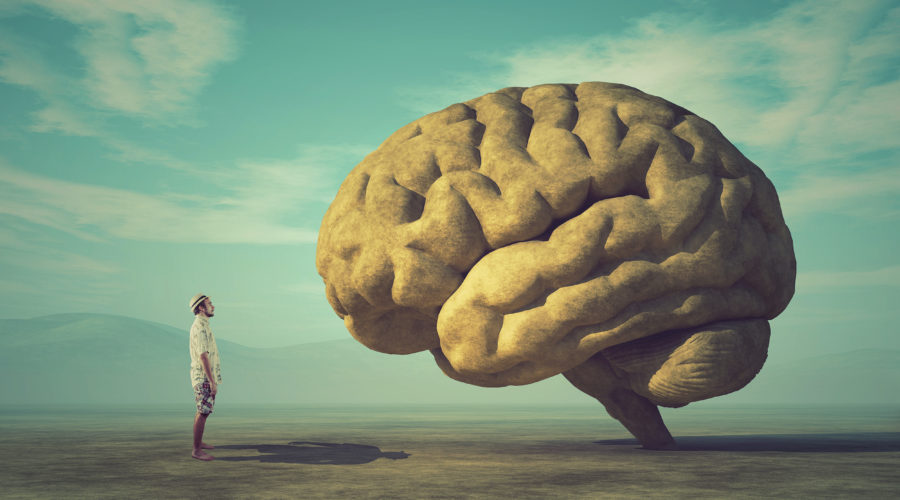 Looking for new ways to treat your mental health? Well, you’re in luck. There are now more alternative mental health treatment options available to the general public than ever before. Since many people don’t respond to conventional treatments (various forms of psychiatric medication and talk therapy), alternatives have been developed.

Non-conventional, evidenced-based treatments that can help alleviate emotional distress include:

Multiple studies indicate that the above treatments can offer people substantial and sustained relief from symptoms of depression, anxiety, and post-traumatic stress disorder (PTSD). This also applies to patients who don’t respond well to conventional mental health treatments.

However, some people may react negatively to these treatments, rather than just not respond at all. It’s important to be aware of the adverse events and negative side effects that can occur following any of the above therapies.

Some people who feel that their psychological state has worsened following an alternative mental health treatment may publish a negative review of their experience online. For instance, someone might say, “TMS ruined my life”, or “TMS made me worse”. These experiences are valid.

But for anyone considering treatment, these reviews may be off-putting. They can shape perspectives of alternative mental health treatments in a variety of ways.

Why People Have Negative Experiences With Alternative Mental Health Treatments

There are many reasons why someone will have a negative experience with one of the treatments listed above.

Some People Experience A “Dip” During Treatment

When it comes to TMS treatment, most patients experience little to no side effects. However, there are some who experience a “dip” about halfway through treatment — around week two or three. This may include a temporary worsening of depression or anxiety symptoms.

The TMS dip could be the result of changes in the brain that occur following treatment. Patients generally begin to feel better after the initial three to four weeks of treatment.

Keep in mind, though, that TMS isn’t the only depression treatment that can cause a dip. Patients taking antidepressants may also feel a dip at the beginning of treatment. They take some time to work. This is why doctors encourage patients to stick with an antidepressant for 6-8 weeks before deciding that it’s not working.

Side Effects And Negative Reactions

It’s possible to experience unpleasant side effects from alternative mental health treatments. In rare cases, these can be negative enough that people feel others should know about this risk, and so they write a review — which may lead to someone claiming that “TMS ruined my life“.

Psychedelics can have a range of unpleasant side effects, such as nausea and vomiting, and someone might feel that these ruin the experience.

Negative psychological reactions can also occur after taking psychedelics, with effects including confusion, anxiety, fear, terror, and paranoia. Many people draw benefits from their “bad trips”, whereas others feel worse off for having had them.

In some cases, alternative mental health treatments may result in long-term negative effects. For example, following TMS treatment, there are cases of people experiencing memory and cognitive function issues, as well as a worsening of depression and anxiety.

When it comes to psychedelics, some users may experience long-term:

It should be mentioned, however, that HPPD appears to be rare and has not been observed in clinical trials on psychedelic therapy. The other long-term negative effects also seem to be rare in clinical studies.

Nonetheless, some patients who were part of MDMA therapy studies have spoken out about experiencing worsened mental health following treatment.

As in standard psychotherapy, unethical therapists and dodgy practices exist within the realm of alternative mental health treatments.

For example, there has been a case of therapists crossing boundaries with one participant in a MAPS-sponsored MDMA for PTSD trial. Moreover, sexual abuse does occur in underground psychedelic therapy sessions, as well as at ayahuasca retreats.

These experiences have led to victims rightly speaking out about their experiences.

Sometimes, negative reviews of alternative mental health treatments are based on a negative experience with a particular treatment center. This could be down to poorly trained or uncaring staff; a lack of information, preparation, or aftercare; or a lack of attention paid to safety, hygiene, and comfort.

The Effects Of Negative Reviews

Negative reviews of alternative mental health treatments should not be ignored, dismissed, or downplayed. However, it’s also crucial to put these reviews in context, so that anyone considering one of these treatments does so in an informed and balanced way.

Negative reviews can have different effects (depending on the person), which can be either helpful or unhelpful. But using a term like “TMS ruined my life” can skew the perception of others who are considering the alternative treatment.

A More Balanced View Of The Treatment

There’s always a risk of hype being built up around an alternative mental health treatment. Marketing from treatment providers and overly positive news stories can contribute to this effect.

If people interested in one of these treatments don’t come across any negative reviews, then they might be under the impression that there are no risks to worry about. Negative reviews can be beneficial, then, by counteracting hype and showing that there are potential downsides to keep in mind.

After reading negative reviews, someone might take more time to consider whether the potential benefits outweigh the potential risks. Often they do, especially since some patients have severe symptoms that don’t respond to conventional treatments.

Moreover, many alternative mental health treatments, such as TMS therapy, have high success rates, with negative experiences being rare.

Sometimes, it can just take a single negative review to put someone off trying an alternative mental health treatment. Even if you know that a negative reaction or long-term side effects are unlikely to occur, you may still not want to take any chances.

After reading one negative review, some people may also search for other negative reviews, which can further solidify their fear of the treatment. In online forums, people who’ve had negative experiences may also encourage people to avoid treatment.

Being Fearful Of Treatment

Someone might read one or more negative reviews and go ahead with treatment, but they might now have a fear of something going wrong. Carrying this anxiety may keep that person up at night in the lead-up to the treatment, as well as make it difficult for them to relax during the treatment sessions themselves.

Being in a fearful or anxious state matters especially when it comes to psychedelic therapy. This is because your mindset (one half of “set and setting”) can have a major influence on the quality of the psychedelic experience.

A Negative Opinion About The Treatment Among The Public

Negative reviews and reports of alternative mental health treatments can change the perspectives of the general public as well. After reading about negative experiences with TMS therapy, for instance, where the treatment either doesn’t work or makes people feel worse, some people might conclude it’s a form of quackery.

The Need To Put Negative Reviews In Context

Just as overly positive reporting of new, alternative treatments need to be balanced with the very real downsides and risks, so too do negative reviews need to be put in context.

If you are interested in trying a non-conventional treatment for a mental health condition, but you feel unsettled by negative reviews, you should consider the following:

The Quality Of The Clinic

If a negative review is related to the staff or the clinic itself, this doesn’t mean you’ll necessarily have an unpleasant experience at a different clinic. Make sure to always go with a reputable, well-reviewed provider.

The Success Rate Of Treatment

Negative reviews don’t mean that a certain treatment is unreliable or just as likely to fail as a conventional treatment.

Clinics will often put the success rates of their treatment on their website, based on how many of their clients report positive effects. Nonetheless, for the most reliable data, you want to seek out high-quality research.

With this in mind, TMS therapy has impressive success rates for alleviating symptoms of multiple conditions. Using ketamine for depression can also offer a high degree of efficacy.

The Likelihood Of Negative Experiences Occurring

Negative experiences can and do occur. There’s no getting around that fact. Well-trained medical professionals, quality clinics, proper screening, and adequate preparation and aftercare can all help to minimize the risk of adverse events, but they don’t eliminate risks entirely.

Nevertheless, it’s vital to take an evidence-based approach to risk, rather than reading a handful of negative reviews and letting fear get the better of you. Most clinical studies look at alternative mental health treatments in precisely the context in which you would experience them. This means they examine treatments, not in an underground, unregulated setting, but in a controlled, medically supervised environment.

Negative reviews can be valuable, but they should be read alongside the latest data on the risks of any mental health treatment. When you consider this data, you’ll find that the risk of any serious or long-lasting effects occurring after TMS therapy, PEMF therapy, or psychedelic therapy is very low.