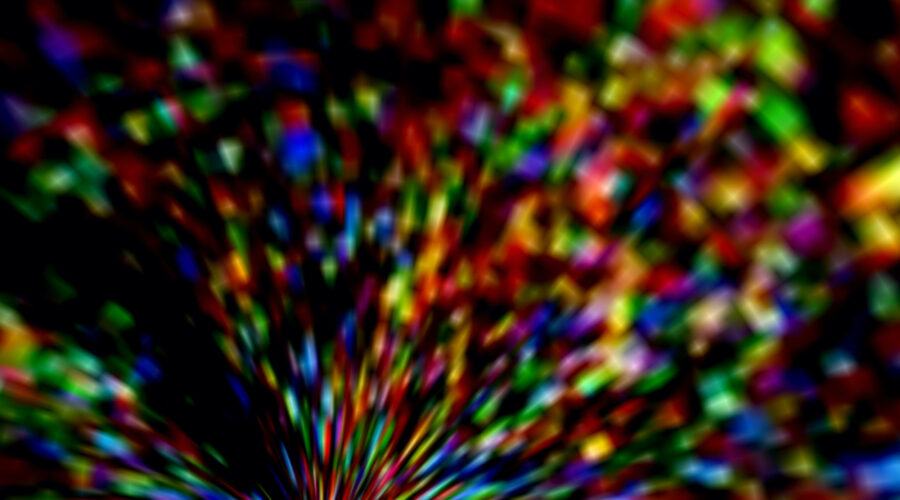 What Is A K-Hole?

“What is a k-hole?” If someone has interest in psychedelics, specifically ketamine, this is a question that has probably come up. After all, experiencing a K-hole can be either a terrifying or a life-changing experience.

The term became widespread among recreational users of ketamine to describe a state of extreme dissociation. In other words, a user loses their ability to speak or interact with the world around them.

In recent times, researchers are finding intrigue in the “ego-dissolution” element of the K-Hole. This is especially true as it pertains to the treatment of mental health disorders in a clinical setting.

Can k-holes have a therapeutic benefit? “Absolutely,” says Dr. Nathan Schmidt of Entheos Emotional Wellness in Lynnwood, Washington. “There are pros and cons to different doses. Sometimes less is more, sometimes more is more. The ‘k-hole’ can have mystical and healing qualities if approached intentionally with an appropriate set and setting.”

What Is A K-Hole, Explained

Ketamine is a dissociative drug, originally used as an anesthetic. In recent years, it has become increasingly popular in the treatment of various mental health disorders.

Informal ketamine use became widespread during the ’80’s and ’90’s as a party drug, and, still today, this use continues. What attracts recreational users to ketamine is its ability to induce feelings of euphoria and “lightness”. This is why they often describe it as a pleasant way to spice up a night out.

However, in large doses, ketamine’s dissociative effects can become too much to handle. This may lead to reducing one’s ability to find orientation or keep any sense of control.

“Our orienting, meaning-making ‘self’ or ‘ego’ recedes into the background and we instead are flooded with this internally generated stimulation. We lose a sense of who we are. Time and place cues no longer ground us in the present moment,” explains Peter Corbett, clinical director at The Center For Healing Journeys in Northampton, Massachusetts.

When a recreational ketamine user consumes a higher-than-normal dose, they can fall into a state where they’re unable to navigate their surroundings. This, effectively, may make them feel trapped inside a ketamine-induced hole.

Still the experience can be unpleasant enough to become traumatizing. Encountering this state in a potentially chaotic recreational setting, without any comforting holding therapeutic parameters in place, can be a terrifying experience, adds Corbett.

“All anchors drift away and people often, from within their small remaining awareness of self, will conclude that they’ve died.”

What Causes a K-Hole?

Professor Celia Morgan is head of ketamine-assisted psychotherapy for addiction at Awakn Life Sciences,. Which is a psychedelics research and care delivery company based in the UK. She told us that while science hasn’t yet reached a conclusive theory of K-Holes. But a recent animal study seemed to shed some light on the subject.

In the study, a group of scientists at University of Cambridge gave large doses of ketamine to sheep. The study then proceeded to measure the brain activity in the animals with an electroencephalography, or EEG.

“Whilst we have to be careful when talking about k-holes in sheep, this study found that, at higher doses of ketamine, there were short periods of time where there was no electrical activity in the cortex at all, of any frequency,” says Morgan.

The event persisted for up to several minutes, after which cortical activity resumed.

The study proposes that “this phenomenon is likely to explain the ‘k-hole’, a state of oblivion similar to a near death experience that is keenly sought by ketamine abusers.”

Morgan explains that, essentially, the higher thinking centers of the brain responsible for things like planning, decision making, language and our sense of self had shut down temporarily.

“Perhaps this might explain the unique perceptual state in the k-hole as these are experiences of disintegration and unity as the higher order cognitive functions responsible for our distinct sense of self have broken down.”

She adds: “It is common to think you have died at these higher doses and again perhaps it is to do with this really interesting neurological phenomenon.”

Can The Experience Be Used Therapeutically?

At large doses, “ketamine stimulates a wide array of chemically-induced neuronal activity, which reduces our ability to orient ourselves, to navigate, and have any sense of control,” says Corbett.

While this can be terrifying if experienced at a discotheque, it might have value under the right set and setting. Still, ketamine therapy experts have not settled on whether the K-Hole should be sought after or avoided in ketamine therapy.

Corbett says that potential negative experiences coming from this loss of ‘self’ can feel very positive and healing. Of course, the caveat is that it occurs in the clinical setting, under certain guidelines and supervision.

The experience of taking ketamine at a clinic can be vastly different to the one that recreational users experience. In quality ketamine clinics, patients are accompanied by a therapist throughout the entire process. They later integrate their ketamine experiences into positive knowledge for their personal wellbeing.

Corbett says his program helps patients “make sense of the ketamine experience by building an understanding of how this disruption in their ‘ordinary fixed mindset’ can give way to an open, expansive, less constrained sense of self.”

This method follows a paradigm which believes that the root cause of many mental disorders falls in the category of “neurorigidity”. Corbett explains it as the concretization of emotion, thought and behavior into overly entrenched neuronal patterns.

Some researchers believe that a K-Hole inducing dose of ketamine can help break these patterns. This can account for several mental ailments, such as:

Yet, there’s no evidence that reaching a K-Hole is necessary for this progress to occur.

Curated’s Itzkoff says that, Ketamine in low doses “can allow patients to experience their own thoughts and feelings in ways that they may not have been able to access without the medication.” That alone is enough to provide for positive progress in the clinic.

Patients may have a hard time talking or thinking about certain experiences or feelings. But with low doses of Ketamine, they often find these experiences much easier to discuss, she adds.

Ketamine even at low doses already promotes the growth and neuroplasticity of neurons by the secretion of BDNF. Therefore, it may not be necessary to be in a “K-Hole” to experience the therapeutic benefits in mental health cases. However, when Ketamine is used for chronic pain, significantly high dosages are necessary for lasting results. There is also the potential psychological benefits of being dissociated from the “usual state of being” for those that are chronically depressed or in pain.