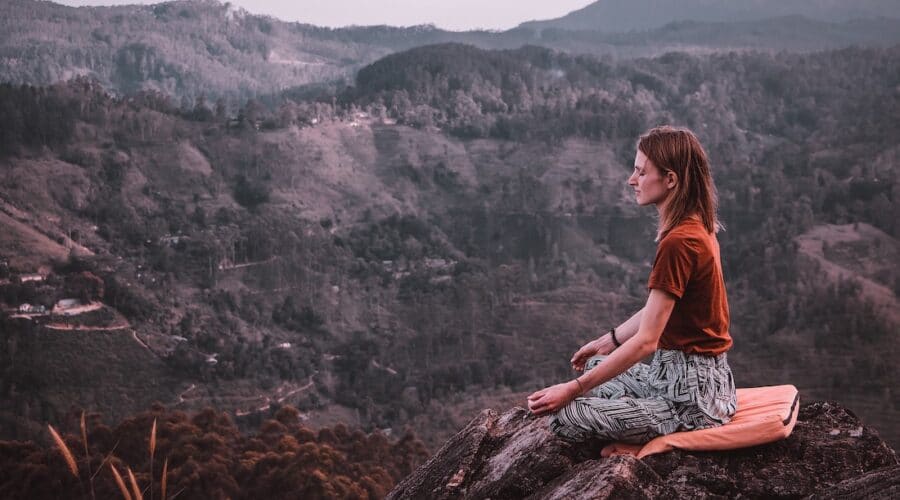 Where Is Ayahuasca Legal, And Is It Right For You?

Ayahuasca is a psychedelic brew, usually made from banisteriopsis caapi vine and Psychotria viridis plant, that indigenous tribes in the Amazon basin have been using for centuries. These tribes use ayahuasca in a ceremonial setting and for healing or spiritual purposes. But where is ayahuasca legal around the world?

Westerners also participate in ayahuasca ceremonies, often to deal with personal problems, mental health issues, addictions, and trauma. In recent years, we have seen a flourishing of ayahuasca retreats, taking place all over the world.

You may have noticed this increased public interest in ayahuasca experiences, yet may be wondering: where is ayahuasca legal? As we will see, ayahuasca legality varies from country to country. This article will help provide you with all the information you need about the legality of ayahuasca.

Why Is Ayahuasca Illegal in Many Countries?

Many countries prohibit the sale, possession, transportation, and cultivation of ayahuasca because the psychedelic brew contains the compound DMT.

In the early 1970s, many countries all over the world made DMT illegal. In many countries, DMT sits in the legal category of drugs that includes many addictive and harmful substances, including cocaine, heroin, and methamphetamine. For example, in 1970, then-president Richard Nixon introduced the Controlled Substances Act (CSA), making DMT a schedule I controlled substance.

“In 1971, following the passing of the Controlled Drugs Substances Act, the United Nations passed the Convention on Psychotropic Substances, requiring member states to control enumerated substances, including DMT.” Explains Ruth Chun, lawyer at Chun Law Professional Corporation and director of psychedelics company Entheon Biomedical Corp. (CSE:ENBI).  “By classifying substances as Schedule 1 drugs, the Convention categorized certain drugs as having a serious risk to public health and no recognized therapeutic value”.

The sale, possession, transportation, and cultivation of DMT carry the highest legal penalties. But interestingly, the plant Psychotria viridis, which contains DMT, is legal in most countries (except France). You create an illegal substance, however, as soon as you combine this plant with B. caapi.

Ayahuasca Legality In The U.S. And Canada

Santo Daime and União do Vegetal (UDV) are ‘ayahuasca churches’ that were both founded in Brazil. They are syncretic religions that combine Christianity and other beliefs with the sacramental use of ayahuasca. Santo Daime and UDV also have branches in the U.S.

In 1999, U.S. customs officials seized a shipment of ayahuasca and raided a UDV member’s office. Following the incident, the UDV fought court battles in order to stop the U.S. government interfering with its religious use of ayahuasca (known as Hoasca in the UDV).

After long legal battles, the Supreme Court ruled in 2006 that UDV members in the U.S. could legally use ayahuasca as a religious sacrament. Native American Church (NAC) members have fought similar battles in the U.S., arguing that their religious use of peyote should be exempt from federal law. These battles have also been successful.

“In the Gonzales v. UDV case, the court did not squarely consider whether the sacramental use of Ayahuasca is legally protected,” said Chun. “But the court considered and ruled that the federal government’s ‘compelling interest’ in drug laws enforcement did not use the least restrictive means to impose a burden on one’s religious freedoms, in this case, to use hallucinogenic teas in sacramental ceremonies.  While the common law does not ‘legalize’ sacramental use of Ayahuasca, further evolution in policy and careful crafting of new bills could lead to legislative change”.

Santo Daime branches exist all over the world.

In some countries, Santo Daime members can legally use ayahuasca for religious purposes. These countries include Brazil, the U.S., and Canada (specifically, Montreal and Toronto).

It’s worth pointing out that ayahuasca has been decriminalized in Oakland, California, Santa Cruz, California, Denver, Colorado, Washington, D.C., and Cambridge, Massachusetts. This means you won’t face prosecution if you possess or use the psychedelic brew, but only in these cities.

According to Chun: “In Canada, the Controlled Drug and Substances Act (the “Act”), categorizes psychedelic drugs as ‘controlled substances’ and DMT is found in Schedule 3 of the Act.  Section 56 of the Act allows the Minister of Health to grant an exemption to use controlled substances where it is found necessary for medical or scientific purposes or is generally in the public interest.”

Where Is Ayahuasca Legal In Central And South America?

The answer is that it depends on the country, although in countries where ayahuasca plays an important role in indigenous cultures, the brew is legal. Ayahuasca has been fully legal in Brazil since 1992, while in Peru and Ecuador, ayahuasca is legal as traditional medicine.

Meanwhile, in Colombia, there is no legislation regulating ayahuasca, although ayahuasca retreats are popular in the country and receive no interference from the law.

Where Is Ayahuasca Legal In Europe?

In most European countries, ayahuasca is illegal since it contains DMT. However, ayahuasca use is legal in some countries in Europe.

Ayahuasca is fully legal in Italy. In both Portugal and Spain possession of ayahuasca is decriminalized, but it is illegal to import, sell, or cultivate the brew, and doing so may result in arrest and prosecution.

Is Ayahuasca Right For You?

It is possible to create your own concoction of ayahuasca. But, depending on the country you live in, possessing the ayahuasca could be illegal.

An ayahuasca experience can be powerful. For this reason, it is understandable that you would want to take it in a more controlled setting, with a guide at hand. The intensity or challenging nature of ayahuasca may also make you want to seek out other psychedelic experiences.

Nonetheless, many people with issues like depression, PTSD, and addiction find that the ayahuasca experience is therapeutic, making any challenges worth it. Also, the challenging points in the trip are often felt to be the most valuable.

When it comes to legal ways to experience ayahuasca, there are essentially two options. The first is to participate in a legal retreat that features one or more ayahuasca ceremonies. The second is to join a religion in which ayahuasca is a legal sacrament. Let’s examine these options in turn.

Where Is Ayahuasca Legal – Retreats

The safest and easiest way to experience ayahuasca is to attend a legally sanctioned retreat. As you will have seen previously in this discussion, there are several countries where ayahuasca is legal. In these countries, shamans and facilitators lead ayahuasca ceremonies all year round.

There are many ways in which you can experience ayahuasca on a retreat. You can opt for a retreat that involves only ayahuasca. Also, within these kinds of ayahuasca retreats, you can find retreats that differ in how many ayahuasca ceremonies there are. The number can range from a single ceremony to 10 or more.

Whether you want to take only ayahuasca or use ayahuasca and a different psychedelic another day will depend largely on your personal preferences.

Many retreats involving ayahuasca ceremonies feature other treatments and activities as well, such as a kambo cleanse (a purge using the poison of a particular frog), a cacao ceremony, a tobacco ceremony, meditation, yoga, massage, and so on. Again, whether these other features are right for you will depend on your individual interests and desires.

It is possible to take ayahuasca in a ceremony in a country where the psychedelic brew is illegal. Many of these retreats are popular, in fact, and happen underground throughout North America, Europe, and Asia.

But for your own peace of mind, you may want to stick with a legal retreat. After all, there have been various cases where law enforcement has raided illegal ayahuasca retreats.

Another option to legally use ayahuasca is to join an ayahuasca church, such as Santo Daime or UDV.

However, this option will likely only appeal to you if you subscribe to the religious beliefs of these churches. Ayahuasca may be central to Santo Daime and UDV, but these religions center on a specific belief system as well. Santo Daime, for example, is fundamentally Christian. Both churches also profess a belief in God.

In general, it will be harder for you to join an ayahuasca church than attend an ayahuasca retreat. You will need to show that you are committed to the religion in question.

Ayahuasca may not be right for you if you don’t want to take the psychedelic in a group setting, which would happen in the case of ayahuasca retreats and ayahuasca churches. If you would prefer to have a legal psychedelic experience in the presence of one or more therapists, then ketamine therapy may be more appealing. You might also not want to have to travel abroad in order to join a legal ayahuasca ceremony.

The Legalities Of Ayahuasca And Next Steps

The tide is turning when it comes to ayahuasca legality. Gradually, jurisdictions in the U.S. are relaxing the law on the use and possession of natural psychedelics, including ayahuasca.

If you are interested in finding an ayahuasca retreat that works for you, there are many types of retreats to choose from. If you find a location of a retreat that suits you best, you can refer back to this guide to find out the legal status of ayahuasca in that particular country.

This article has been legally approved by Ruth Chun, JD. She is the founder of Chun Law Professional Corporation – focusing on the emerging plant-based industries. She is also a Director at Entheon BioMedical.