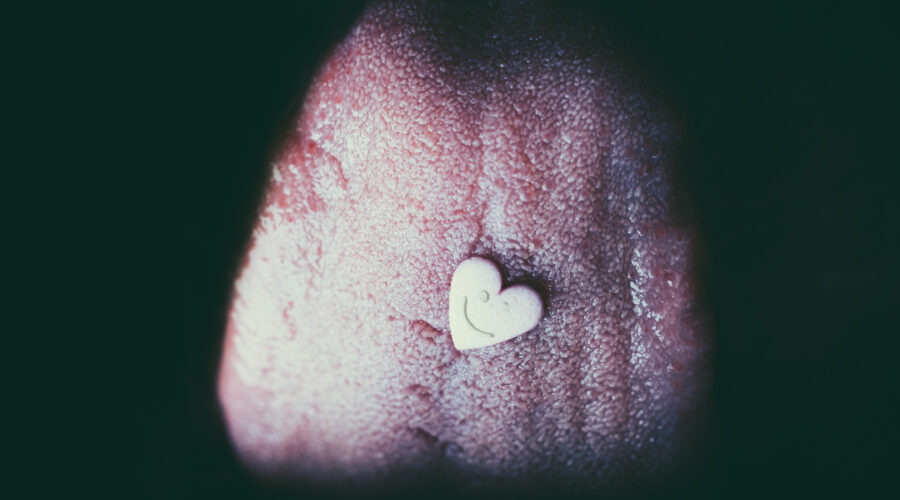 Tuesday Blues: What To Expect After An MDMA Experience

The term “Tuesday blues” refers to the negative effects felt on a Tuesday after taking MDMA on the weekend. While “Monday blues” is another common term used to refer to this so-called MDMA hangover, many people don’t actually experience these effects the next day (i.e. Monday), but the day after. This delayed hangover can catch people off guard — or it can just be a familiar aspect of taking MDMA for the regular user.

This guide explains what the Tuesday blues are like, what causes them (and particularly why the comedown gets delayed), and what can be done to prevent or mitigate these side effects.

What Are The Tuesday Blues?

The Tuesday blues, otherwise known as “suicide Tuesdays”, refer to the MDMA comedown. As the saying goes, “what goes up must come down.”

MDMA is known to produce (sometimes intense) states of joy, elation, bliss, empathy, emotional openness, and love. This experience lasts for several hours but can be extended if you redose.

One might experience negative effects when the MDMA high eventually wanes or perhaps the day after. These effects can include physical symptoms like nausea, headaches, and exhaustion, and psychological symptoms like depressed mood, irritability, anxiety, impaired concentration and memory, and social withdrawal. Your mental state, essentially, becomes the opposite of the high.

The film Human Traffic (1999), which follows a group of 20-somethings and their drug-fueled weekend, describes the MDMA comedown as follows.

“What goes up must come down, and down, and down. Everyone looks ill at the end of the night. All have lost the power of speech, desperately avoiding eye contact. Your new soulmate, that you’ve been talking…to for the past five hours about the story of creation or the fourth Star Wars film, is now a complete stranger. You can’t even look him in the eye. The only thing you’ve got in common now is paranoia. It’s coming through the walls, man…We are no longer all together as one but separate mental patients, that yearn to be ejected out of this poisoned atmosphere to a warm bed and friendly therapist…All you have to look forward to now is unconsciousness, but you can never sleep.”

While people may not necessarily experience this kind of comedown on Tuesday. However, when the effects of MDMA subsided on Sunday, the following Tuesday can still feel unpleasant. Low mood and irritability are common.

What Is The Reason For The MDMA Hangover?

So why do the Tuesday blues occur? Well, the common explanation is that it has to do with the way that MDMA affects your brain. MDMA causes its desired effects by creating an increase in the levels of the neurotransmitters serotonin, norepinephrine, and dopamine.

Serotonin plays a crucial role in the regulation of mood, sleep, pain, appetite, and other behaviors. The surge of serotonin is likely what causes the mood-elevating effects of MDMA. Meanwhile, the increased levels of the hormone oxytocin — a hormone that plays a role in social bonding — can help explain the feelings of empathy, sociability, and interpersonal closeness that people experience while on MDMA.

However, by releasing large amounts of serotonin, MDMA causes the brain to become significantly depleted of this important neurotransmitter. This can contribute to negative psychedelics side effects you might experience for several days after the day you dosed.

In a clinical context, according to a recent study, MDMA does not result in a decline in mood and cognition. The comedown, then, may relate more to various aspects of recreational MDMA use. This may include things like high doses, lack of sleep, dehydration, drug adulteration, and drinking and using other drugs as well.

Tuesday Blues: Why Does The Hangover From MDMA Skip A Day?

The day after taking MDMA, many people actually experience an afterglow. Even though the classic effects of the drug have faded, you might still feel a sense of well-being, affection towards others, and relaxation.

It’s not like you’re still on MDMA, per se, but you might feel that you’re “high” to a certain extent. But the next day, which for many people is a Tuesday, some problematic mental states may start to manifest.

The reason for the delayed comedown is that MDMA increases serotonin levels for a long period of time, especially if you redose (which many people do, perhaps multiple times over the course of a night). This is known as a “latent crash”.

People who are taking other drugs (such as antidepressants) or consuming foods like ginger, cumin, or grapefruit — which affect the breakdown of MDMA — may experience a surge in serotonin for longer than others.

It’s worth noting here that some people may have more resilient serotonin systems while others are less sensitive to MDMA in general, so they’ll be less likely to experience a major crash.

Indeed, not everyone experiences the Tuesday blues nor suicide Tuesdays, the latter being a more extreme form of the comedown, where you experience a difficult depressive period.

How Bad Is Redosing MDMA?

The half-life of a drug is the amount of time it takes your body to break down the concentration of that drug by 50 percent. So, if MDMA’s half-life is seven hours and you take 100mg (a standard recreational dose) at 11 p.m., half of it will leave your system by 6 a.m.

However, many people take MDMA (or redose) later than 11 p.m. They might redose at 2 a.m, meaning the second dose is still in their system at 9 a.m. Some people will go raving or partying on a Saturday night and keep redosing well into Sunday. Giordano notes that redosing may be the main culprit in the Tuesday blues.

Can You Prevent Or Minimize The Tuesday Blues?

If you’re not one of those lucky people who doesn’t suffer much the days after taking MDMA, you will be eager to know if you can prevent or minimize the Tuesday blues.

Be Mindful Of How You Take MDMA

One clear way to prevent the Tuesday blues (but not the MDMA hangover itself) is to avoid taking MDMA late into the night, avoid redosing, or take MDMA on a Friday night rather than Saturday. This would reduce your chances of feeling a crash on a Tuesday.

Instead, you may feel the bulk of negative effects on Monday — which may not be any more preferable if you have to go into work.

Since the MDMA comedown can, for some people, last for several days, using these techniques may not allow you to avoid the Tuesday blues in the end.

A lot of the effects associated with an MDMA comedown can be worsened by not getting enough sleep. MDMA has stimulating effects, so it can keep you up, even after the main subjective effects have passed.

You can increase your chances of getting enough sleep if you do the following.

Since an MDMA crash is associated with low mood, you want to make sure you eat food the day after that is known to be mood-boosting. These foods include the below.

Make sure to avoid foods that can negatively affect mental health, as well as increase feelings of fatigue and lethargy. These include junk food, highly processed foods, refined carbohydrates, and foods high in refined sugar.

There are certain supplements that some MDMA users feel helps to mitigate the dreaded MDMA crash, including the below.

Nevertheless, Giordano believes that not much can be done to alleviate an MDMA hangover, although rest, hydration, and nutrition can certainly help. Even if you experience the Tuesday blues, know that these symptoms shouldn’t last more than a few days.

If you have more concerning symptoms, like a fever or a fluttering in the chest, it is possible you might have serotonin syndrome. This is when high levels of serotonin accumulate in the body. This effect is more serious and, in some cases, can be fatal.

This is why it’s important to never go overboard with MDMA, instead sticking to moderate doses. It’s also important to be careful about mixing MDMA with other drugs that boost serotonin levels, as this can increase the risk of serotonin syndrome.