What Happens When A Blind Person Takes Psychedelics? 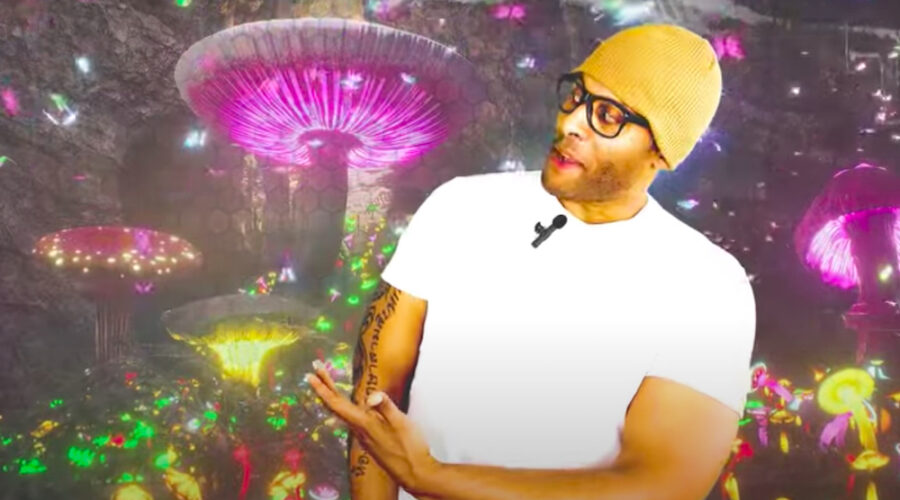 What Happens When A Blind Person Takes Psychedelics?

For people with vision, taking psychedelics often brings a mix of vibrant, bright colors and shapes. But what happens when a blind person takes psychedelics? For those without the ability to see, does a similar psychedelic experience occur?

While we’ve written about what causes visuals in psychedelic trips before, many people are probably wondering how (or if) that differs in people who are blind. Without the ability to see, how effective are psychedelics?

To help answer what happens when a blind person takes psychedelics, Healing Maps’ resident neuroscientist, Zeus Tipado, dives into the topic. As Zeus explains, not all blindness is created equally, with the brain functioning differently for millions of people.

The video below — available on Healing Maps’ YouTube channel — goes into better detail about the psychedelic experience for blind people.

Referencing a study published in the journal Consciousness and Cognition in 2018 — where a blind participant took LSD mixed with cannabis to see the effects — the video focuses on something called synesthesia.

RELATED: What Will Psychedelics Look Like In The Future?

Details About What Happens When A Blind Person Takes Psychedelics

As for the participant from the study, he described his psychedelic experience as follows, per PsyPost:

“Every time I did acid, I experienced something new and spectacular. Obviously through the senses which are available to me! I never had any visual images come to me. I can’t see or imagine what light or dark might look like. With LSD and cannabis though, I experienced so much through my hearing, touch and emotions that it was already enough for me to take!”
…
“During my psychedelic experiences, whenever I listened to music, I felt as if I was immersed in the most beautiful waterfall ever. The episode of the waterfall was the nearest I ever came to experiencing anything like synesthesia. The music of Bach’s third Brandenburg concerto brought on the waterfall effect… “The sounds coming from songs I would normally listen to became three dimensional, deep and delayed. It seemed that music began coming apart and unravelling.”

So, although blind people or those with impaired vision can’t see, we now have a much clearer idea about what happens when a blind person takes psychedelics.