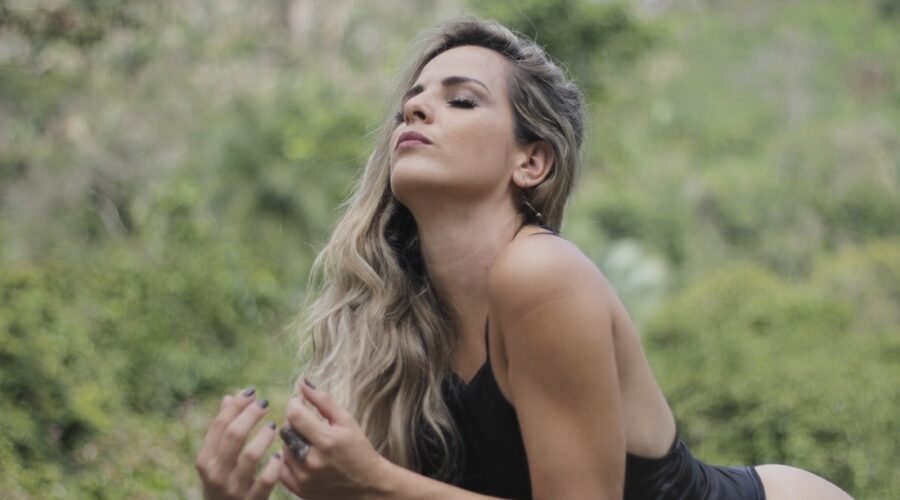 How Long Does DMT Last?

N,N-Dimethyltryptamine (DMT) is a short-lasting psychedelic compound. With many other psychedelics, you need to dedicate a whole day — or a large portion of the day — to the experience. Not so with DMT. This is why DMT has become known as the “businessman’s trip”: The idea being that one can fit the experience into a lunch break.

But how long does DMT last? In this post, we will describe the general length of time of a DMT trip, as well as the various factors that can affect its duration.

The Length Of A DMT Trip

A DMT experience will generally last 5-30 minutes. As with other psychedelic experiences, there is the onset, peak, period of coming down, and after effects.

The onset of the DMT is much faster than that of the other classic psychedelics, such as LSD, psilocybin, ibogaine, and mescaline. Regardless of the route of administration (i.e. vaporizing, smoking, or IV), when you take DMT, the onset occurs within a matter of seconds. You can expect to feel effects in as little as 15 seconds. In contrast, with psilocybin or LSD, you may feel effects within 30 minutes. And when you take mescaline-containing cacti the onset can take much longer: 45-90 minutes.

The effects of a DMT trip will wear off much quicker compared to other psychedelics. You can be fully immersed in what feels like another realm and then find yourself quickly regaining your sense of your body and the outside world. You will come down from the experience 1-8 minutes after the peak. With magic mushrooms, you will come down for 1-3 hours after the peak. And for LSD, this tail-end part of the experience lasts 3-5 hours.

For DMT, the after effects last 10-60 minutes, following the coming down stage. You will be functional at this point, able to have a conversation and carry out activities as normal. Psilocybin’s after effects, meanwhile, may last for up to six hours after the experience is over while for LSD these effects may persist for up to 12 hours.

Factors That Impact How Long A DMT Experience Lasts

As with other psychedelics, there are many factors that can influence the duration of the DMT experience.

Firstly, the dosage can affect the length of the experience. The dosage range for DMT is typically 10-60mg. 10mg will offer you a light experience, whereas 60+mg will be a heavy trip.

When you take a low dose of DMT, the visual, emotional, and physical effects will be mild and very short-lasting. You may feel back to normal five minutes after a low dose. With a high dose, however, it is more likely that the experience will be extended. At this sort of dose, the experience can last 10+ minutes.

The word “changa” refers to a smoking blend, consisting of smokable herbs infused with DMT. These herbs often include peppermint, blue lotus, damiana, mullein, and passionflower. Another common type of herb included is an MAOI-containing plant such as Banisteriopsis caapi. Changa is also called ‘smokable ayahuasca’ due to the presence of MAOIs (monoamine oxidase inhibitors).

Ayahuasca consists of a DMT-containing plant (Psychotria viridis) and the caapi plant. The MAOIs in caapi prevent the MAO (monoamine oxidase) present in the body from breaking down DMT after ingestion. The MAOIs, therefore, make DMT orally active. When taken in this way, it becomes a slower and more extended experience.

Since changa includes MAOIs, this can likewise slow down the DMT experience (including the onset), as well as lengthen its duration. Many people find changa easier to work with partly for this reason. Vaporizing DMT, in contrast, can hit you much faster and more intensely, with some users reporting that the effects feel more chaotic as well. Changa appears to offer a smoother and more grounded — but albeit still intense — DMT experience.

Smoking changa won’t, however, lead to an experience as long as an ayahuasca journey (4-6 hours). This is because smoking still leads to DMT being processed by the body at a faster rate compared to the oral route of administration. The duration of the trip tends to be slightly longer compared to an experience involving freebase DMT. While the bulk of a freebase experience can last for around 10 minutes, changa can last 15+ minutes.

Many people report that combining DMT with other drugs, particularly other psychedelics, can extend the length of the entire experience. If you vaporize DMT while already being under the influence of LSD, for example, the experience will not just be more intense but potentially longer as well.

RELATED: DMT Elves: What Are They, And Why Do People See Them?

Scientists Are Trying To Extend The DMT Experience

In a 2016 paper published in Frontiers in Psychology, Dr. Rick Strassman and Dr. Andrew Gallimore propose a technique for making DMT trips last longer. Drawing on techniques from anesthesiology, their proposed method will regulate the amount of DMT in the body and the brain. Regarding DMT, Gallimore states the following:

“It’s very short acting, and it doesn’t exhibit subjective tolerance with repeated use. This is quite remarkable, because all other psychedelics exhibit very rapid tolerance, so you have to wait for days before you can get the same effect. This lack of subjective tolerance suggested to me that you could use a continuous drip-feed of DMT rather than a bullous injection, which is what Rick used [in his 90s studies]. It gets a very rapid peak effect. And that’s fine for the work he wanted to do. But if you want to study the DMT state more thoroughly…”

“A lot of modern anesthesiology is based on the pharmacokinetic models of these drugs that allow you to simulate the level of drug in the brain. Using this model, you can actually program an infusion machine, to control the infusion rate of the drug such that the level of the drug remains a constant level within some particular window with some degree of accuracy.”

There Are Positives When Extending A DMT Experience

Extending a DMT trip this way will, nonetheless, require some safeguards. In trials involving this method, volunteers need to be able to signal clearly when they want to come out of the DMT state. There will also need to be certain time limits and dose limits to protect participants’ well-being.

The benefits of lengthening the duration include having the ability to make MRI scans of the DMT-influenced brain for the first time. Scientists could then compare these brain scan results with those gained from LSD and psilocybin studies. An extended DMT trip may also give users more time to interact and communicate with the strange entities that are often encountered in the experience. In the future, then, we may have methods that allow users to extend a DMT experience for a preferred amount of time.

Many people enjoy the short-lasting effects of DMT. It certainly makes the experience more convenient than other classic psychedelics. Others, however, find that they can gain more insights from the longer psychedelic experiences, such as those provided by ayahuasca.

The Best Ketamine Clinics In Minnesota Kratom withdrawal can be a serious problem, and this guide explains steps to help either avoid or overcome the issue.