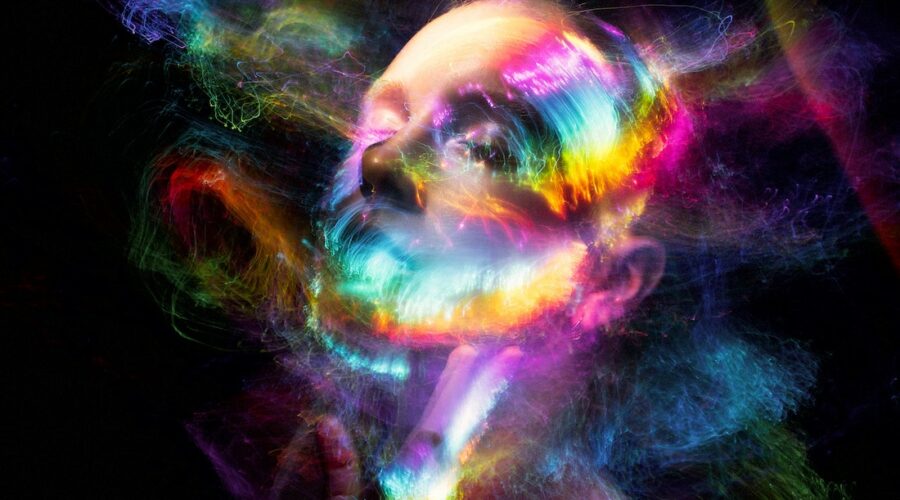 DMT vs. LSD: What Are The Differences?

Not all psychedelics are equal. Even though their common denominator includes visual and sensory hallucinations, each drug brings different sensations to the body. Let’s explore DMT vs. LSD and see how they’re different.

DMT, or N, N-dimethyltryptamine (also called Dimitri, fantasia, or businessman’s trip), is a psychedelic that falls under the tryptamine family and stimulates the serotonin receptor. It’s becoming a widely popular party drug due to its short-lasting effects and out-of-body experiences.

DMT is one of two molecules that make ayahuasca, another known psychedelic, which has been an essential part of many spiritual ceremonies for thousands of years. Its use is to cleanse and flush out all bad spirits, toxins, and negativity from a person’s body. This comes from shamanistic rituals, which take days to prepare.

LSD, or lysergic acid diethylamide (also known as acid), is a chemically synthesized hallucinogenic drug. It became widely popular in the 1960s before it became illegal. It shares a similar chemical structure with DMT so it falls under the same tryptamine family, acting as serotonin and inhibiting those receptors in the brain.

LSD is also a rave drug for long-lasting parties, with acid trips lasting as long as 12 hours.

DMT vs. LSD: Each Has Different Origins

DMT is a naturally occurring psychedelic that comes from bark and nuts in certain trees. These are mainly in Central and South America. It’s one of two main parts of ayahuasca, but it can also be in other plants. Additionally, it can be synthesized in a laboratory.

Canadian doctor Dr. Richard Manske first synthesized the drug in 1931. However, it took years until a Hungarian chemist, Stephen Szára, was to discover DMT’s psychotropic qualities. He was the first to biochemically categorize DMT, and his research, which included self-administration of the drug, suggested DMT could potentially be a very useful therapeutic tool.

Szára’s interest in DMT seems to have happened by chance, as he was exploring LSD and its connection to schizophrenia. At the time, his request to receive LSD was denied because Sandoz Pharmaceuticals didn’t want the drug to be in the possession of a person in a communist country. This led him to turn his focus towards psychedelics.

LSD, on the other hand, does not exist in nature, meaning a laboratory creates it. It was first synthesized by a Swiss scientist and chemist Albert Hofmann in 1938. He was a part of Sandoz Pharmaceuticals that investigated a myriad of psychedelics during the Cold War.

Hofmann was working with lysergic acid — a fungus that grows naturally on rye and other grains. But after accidentally ingesting a small amount of it in 1943, he discovered its hallucinogenic properties. He described experiencing “extraordinary shapes with intense, kaleidoscopic play of colors.”

Three days later, on April 19th, 1943, Hofmann took a larger dose, but due to WWII travel restrictions, he had to hop on his bicycle to get home. This day is now known as Bicycle Day.

DMT is usually smoked, injected, vaporized, or snorted — since it comes in the form of a white, crystallized powder. The exact dosage hasn’t been established yet.

LSD comes in the form of an odorless, transparent liquid. This is then dripped onto absorbent, colorful paper square called blotter papers. These blotter papers have several “tabs” with one being enough to induce a trip. Furthermore, LSD can come in capsules, pills, or sugar cubes, all of which blend with other chemicals.

Unlike DMT, an LSD dosage has guidelines, with 1-3mcg per kg of bodyweight being enough to produce a “moderate trip.” Still, every person reacts differently and the exact dosage for each individual is almost impossible to establish.

A DMT trip is often called a “businessman’s trip”, or even a “businessman’s lunch”, as it kicks in quickly. In fact, it sometimes occurs within 5-10 minutes, but lasts only 30-45 minutes. DMT gets easily broken down by the body so the effects wear out quite quickly.

If consuming DMT as a form of an ayahuasca tea, there are differences in psychedelic experience. That’s when a trip lasts for up to 6 hours and the whole experience is that much more powerful and potent.

An LSD trip, or acid trip, is pretty strong and quite unpredictable, as it severely depends on the person taking the drug. It kicks in 20-90 minutes after ingesting and the trip can last up to 12 hours. One of the most common effects of LSD is distortion in time perception, which can make the experience feel even longer, with some reporting they thought it’d last forever.

Both of these psychedelics create visual and sensory distortions, also known as hallucinations, but their effects are very different.

When taking DMT, one may experience strong and vivid hallucinations, feelings of euphoria and floating, an altered sense of time and space, and feeling detached from oneself or visiting other worlds.

Additionally, DMT trips may also link with NDEs — or near-death experiences. Studies found a notable overlap in almost all of the NDE phenomenological features when comparing DMT-induced NDEs with a group of real NDE experiencers.

On the other hand, LSD trips create strong distortions in perception with extremely heightened senses. One may start seeing their environment in brighter colors and unusual patterns, think things are changing shapes, or feel like they’re trailing behind objects. It can also amplify one’s mood as it inhibits the same receptors in the brain as serotonin, the happiness hormone.

In terms of how it feels on the physical body, one may experience insomnia, nausea, dry mouth, higher body temperature, and shakiness. These should all go away in 24 hours.

Bad trips are also always a possibility, and both psychedelics can lead to feelings of terror, anxiety, and panic, making those who take it a bit wary of trying again. Also, if you’re wondering if LSD is addictive, it’s important to understand how the drug works with your mind and body during a trip.

Taking tiny, “sub-perceptual” doses of LSD is the usual practice with this psychedelic. As the body of research grows, so does the human interest in trying it out and experiencing the mood-enhancing properties for themselves.

In dosage, microdosing refers to dividing LSD tabs into sections 5-20mcg per session. Another practice called volumetric dosing involves putting a 100mcg LSD tab into a 100ml solution of distilled water or alcohol spirit. That’s how users can best control their intake.

When microdosing LSD, the effects are extremely mild, and offer only a slight glimpse into the world of an acid trip without actually experiencing one. Those practicing claim it changes lives for the better, helping deal with past trauma and anxiety, depression and stress.

Although each psychedelic drug targets the same receptors in the brain, comparing DMT vs. LSD are quite different. Since both are illegal, discovering more of their similarities or differences won’t be easy. Hopefully, with the decriminalization of other psychedelics, these two will also find their way into alternative therapy for a variety of treatment-resistant mental health issues of today.