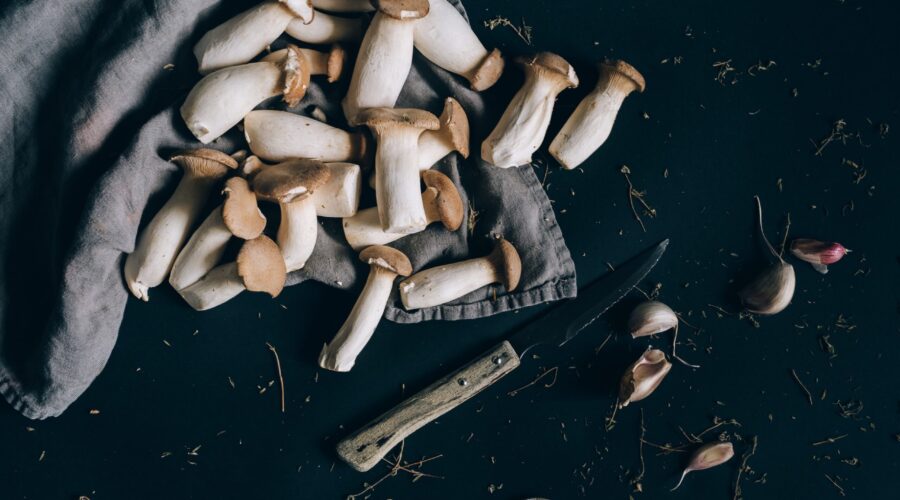 What Are Psilocybe Cubensis Mushrooms, And Are They Legal?

Psilocybe cubensis mushrooms are a popular type of psilocybin mushroom, as well as one of the most well-known. They go by other names, including cubes, gold tops, and gold caps. These mushrooms have a long history of use, with various facts about them which make them such a popular choice among psychedelic users. They are widely distributed and easy to cultivate, for example.

We have compiled this guide on Psilocybe cubensis mushrooms, covering all aspects of them, from their cultural history to their appearance to their potency. We also take a look at the legal status of these mushrooms, noting where they are decriminalized and legalized.

At the end of this guide, you’ll have an understanding of what makes Psilocybe cubnesis a unique species of mushroom and how it differs from the other commonly used (and less commonly used) types of psychedelic mushrooms.

RELATED: How To Microdose Shrooms Effectively

The Use Of Psilocybe Cubensis In Pre-Columbian Mesoamerica

Psilocybe cubensis, formerly known as Psilocybe stropharia, have a long history of use, with people belonging to pre-Columbian Mesoamerican cultures using them for their hallucinogenic properties. These people used other species of psilocybin mushrooms as well, including P. semilanceata, Psilocybe mexicana, P. aztecorum, and P. caerulescens.

Religious practices involving these mushrooms extended from the Valley of Mexico to the rest of Central America, with such use believed to be at least 3,500 years old.

The Scientific Discovery Of Psilocybe Cubensis

In 1941, the American mycologist William Alphonso Murrill discovered the species near Gainsville, Florida, and called it Stropharia cyanescens.

It wasn’t until 1949 when the German-born mycologist Rolf Singer gave the mushroom the name Psilocybe cubensis, after moving it into the genus Psilocybe. Cubensis means “coming from Cuba”, owing to the specimens discovered and described by Earle. It was also at this time that Singer discovered that this mushroom had psychoactive properties.

The cap is 1.6-8 cm and conic to convex shaped. The cap surface is smooth and sticky; it is brown and becomes paler to almost white at the margin, fading to a more golden-brown or yellowish color with age. When bruised, all parts of the mushroom will stain blue.

The narrow grey gills can darken to purplish-black and become somewhat mottled with age. The gill edges remain whitish.

Where The Mushroom Grows

Psilocybe cubensis is found all over the world. It is a pan-tropical species and grows in the following countries.

The mushrooms grow on cow (and sometimes horse) dung, sugar cane mulch, or rich pasture soil. In Asia, Psilocybe cubensis grows on water buffalo dung. They appear from February to December in the northern hemisphere, and from November to April in the southern hemisphere.

The Potency Of Psilocybe Cubensis

These mushrooms have a moderate level of potency. They contain 0.63 percent psilocybin and 0.60 percent psilocin. These are the two main psychedelic alkaloids of any psilocybin mushroom. Psilocin is what causes the psychedelic effects. Psilocybin is a prodrug and converts into the psychoactive compound psilocin when it is processed by the body.

However, Psilocybe cubensis contains some of the highest levels of psilocin. P. azurenscens, for example, contains 0.38 percent psilocin while P. semilanceata (or liberty caps, another commonly used psilocybin mushroom) contain only 0.02 percent psilocin.

Many people enjoy using Psilocybe cubensis mushrooms due to their level of potency.

The Different Strains Of Psilocybe Cubensis

Psilocybe cubensis now has many different strains, some of which have become popular and well-known. These strains differ in appearance, how fast they grow, what conditions they prefer, potency, and effects.

These varieties, which have been either discovered in the wild or bred deliberately by growers, include the below.

Popular strains include Golden Teacher, B+ Cubensis, Blue Meanie, and Penis Envy. Many people prefer Penis Envy mushrooms, for instance, because they are consistently more potent than all other Psilocybe cubensis varieties. Users find that these mushrooms offer a more intense, visual, and euphoric experience.

As a moderately potent psychedelic, shroom dosages for Psilocybe cubensis will differ somewhat from the more potent (and less potent) species out there.

If taking 3.5g or more of Psilocybe cubensis mushrooms, the dose may be high enough to induce a mystical experience, which we will describe in the section below.

When consuming Psilocybe cubensis mushrooms, your mushroom trip experience can bring a range of effects. The intensity of these effects will, of course, depend largely on the dose you take.

This experience is why there is a growing interest in psilocybin as a therapy for a multitude of mental health issues. According to Erin Carpenter, LCSW and owner of PsychedelicGrowth.net in Boulder, Colorado, “Psilocybin mushrooms have shown to be promising new treatment for a variety of mental health conditions in clinical trials. I don’t work with them directly, although I can provide harm reduction coaching and integration therapy for those who are choosing to use them. From my research, I don’t see a big difference between strains of mushrooms.”

Nevertheless, the effects will also vary according to factors like your set (e.g. personality, mood, life situation, your past, your expectations and intentions going into the trip) and setting (e.g. tripping alone vs. with others, where you trip, the music you listen to).

Psilocybin Cubensis in a Therapeutic Setting

When it comes to using psilocybin for therapy, Dr. Luigi Espasiano of Katharsis Journeys in the Netherlands has a lot of experience, “First, I’d like to mention that due to legal constraints, at Katharsis, we work only with truffles. Historically, psilocybin-containing mushrooms have extensively been used in the ceremonial context for spiritual and healing purposes. Today, Psilocybe Cubensis is perhaps among the most commonly used entheogenic fungi in recreational settings due to high versatility and ease of cultivation. “

Dr. Espasiano continues, “There are more than 60 strains of P. Cubensis varieties with different concentrations of active compounds and somewhat varying potency and characteristics of their effects. However, as we know today, phenomenology of psychedelic experience is not only influenced by a particular strain or dose, but also depends on a number of contextual factors. And I would say that one could benefit from a wide variety of psilocybin-containing fungi, including P. Cubensis, assuming correct and responsible use with experienced professionals.”

If taking greater than a microdose of these mushrooms, you may experience the following changes.

For instance, if you dose high, be ready for the possibility of mystical effects. This experience would not be suitable in a recreational context.

The Legal Status Of Psilocybe Cubensis

In most countries around the world, Psilocybe cubensis is illegal. This is because it contains the controlled substance psilocybin.

Rather than list all the countries where the mushroom is prohibited for cultivation, possession, sale, and transport, it will be easier to note where it — along with other psilocybin mushrooms — is either decriminalized or legalized.

In places where magic mushrooms are decriminalized, you won’t be arrested and prosecuted for possessing and using them. But the sale and distribution of them will still be prohibited.

On the other hand, where these mushrooms have been legalized, residents may commercially cultivate, sell, and transport.

Where Psilocybin Mushrooms Are Decriminalized

You can use Psilocybe cubensis and other magic mushrooms without interference from the law in the following places.

Where Psilocybin Mushrooms Are Legal

The below are places where magic mushrooms can be legally grown, sold, and transported.

It’s worth noting that magic mushroom spores, including those of Psilocybe cubensis and all its strains, are legal to possess in most of the U.S., except in the states of California, Idaho, and Georgia. So if you are a U.S. citizen and don’t live in these three states, you can legally buy and own Psilocybe cubensis spores.

As soon as you cultivate these mushrooms, you will then be engaging in an illegal act, according to federal law. This is because when the spores begin to germinate, they can form mycelium and then mature mushrooms, which contain the illicit compound psilocybin.

In addition, while “magic truffles” — which do contain psilocybin — are legal in the Netherlands, they do not come in the Psilocybe cubensis variety.

Across North America, the legal landscape surrounding psilocybin mushrooms is continually evolving. Soon, psilocybin dispensaries may make them legal to buy, cultivate, and possess. But until that happens, many users are relying on illegally picking, cultivating, or buying Psilocybe cubensis mushrooms.

This potentially puts them at risk of facing legal penalties. This is why many people prefer to take Psilocybe cubensis mushrooms in a legal, retreat setting, in countries like Jamaica, where such retreats are thriving.