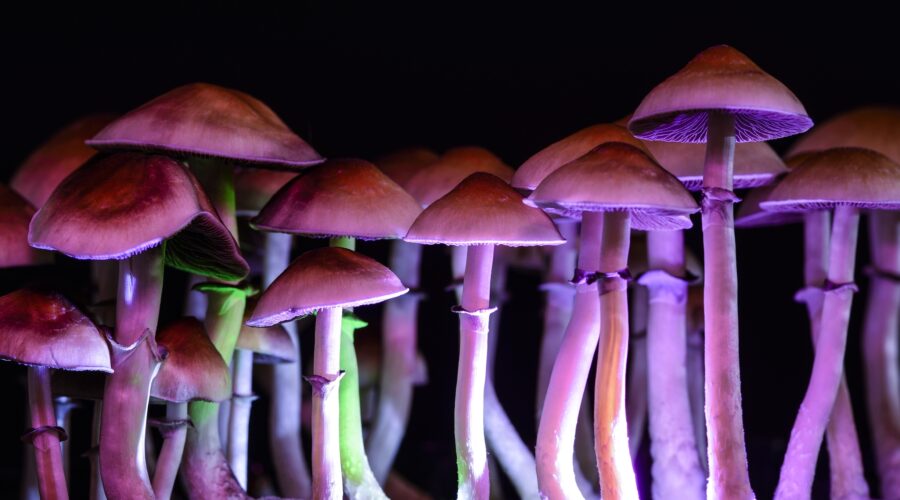 Do you want to know how to grow psilocybin mushrooms? Well, you’re certainly not alone. More people seem to be interested in doing so, which may be explained by the following factors:

If you’ve decided you want to grow magic mushrooms, we’ve compiled a step-by-step guide that will allow you to do this successfully. Growing psilocybin mushrooms at home can be extremely cost-efficient, as well as a fulfilling project to undertake. However, there may be legal risks associated with doing it, depending on where you live.

How To Grow Magic Mushrooms At Home

Let’s now delve into all the steps you need to take to grow magic mushrooms. This guide will suit beginners: those who’ve never grown shrooms before.

You should expect the whole process to take 4-6 weeks, by which time you’ll have a batch ready for consumption.

First, you want to decide which type of mushroom you want to grow. There are around 180 species in nature, although only some of these will be available to buy as magic mushroom spores — the reproductive cells that can grow into mushrooms. You can also buy varieties of individual species found in nature.

The strains and species above can differ significantly in potency, so choose one that appeals to you and adjust your dosage accordingly.

You will need various ingredients and equipment to grow psilocybin mushrooms at home. But the upside is that you only need to purchase this set-up once. This will prove much more economical than buying a magic mushroom grow kit or buying shrooms by the gram from a street dealer or darknet vendor.

A Step-By-Step Guide On How To Grow Psilocybin Mushrooms

Place the perlite into a strainer, then run it under the cold tap to soak. Let it drain until it stops dripping, then spread the perlite over the base of your grow chamber. Repeat this process until you have a layer of perlite that is about 4-5 inches deep.

Outside of these three states, once the spores germinate, the psilocybin mushrooms that result will be illegal since they contain psilocybin. So, if you’re thinking of growing them, you should be aware of the potential legal consequences.